We need to talk about tax: Labor's approach to fiscal responsibility 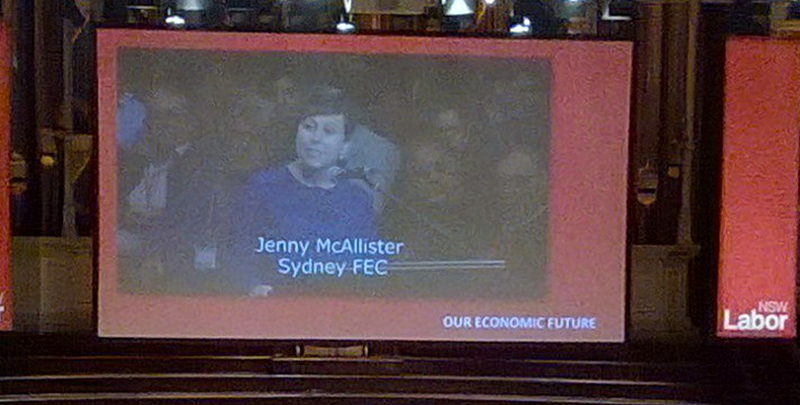 As we renew, Labor need leaders. We need intellectual leadership, we need political and organisational leadership and as always we need parliamentary leadership.

In this context, women’s leadership is not only right and just and fair – it is essential.

Everyone here is proud of the Labor institutions that define Australian egalitarianism – institutions like Medicare, paid parental leave, the aged pension.

Since the Abbott Government delivered its budget, the community has loudly indicated its pride in these same institutions - turning out in droves to the Bust the Budget rallies. We know that the community understands, as we do, that government plays a powerful role to improve the lives of Australians.

However we also know that Labor governments in the future will face tough decisions.

The last Intergenerational Report projected that government spending will grow by about 4 per cent of GDP by 2050. Rising health costs are by far the biggest contributor to this increase.

We know the Liberal answer to this challenge.

That is not the Labor answer.

It is time for us to have the courage to have a conversation with the community – not just about the services we value, but what we’re prepared to pay for those services.

In government, we were extraordinarily fiscally disciplined. We made hard choices to fund our commitments like means testing private health insurance. These choices were not supported by the Coalition.

The point is that neither of these numbers are big numbers. We are one of the lowest taxing nations in the developed world. But these few percentage points make all the difference in the world when it comes to funding the programs we care about.

The community understands this. When we considered Disability Care, Australians quickly agreed to a small increase in the Medicare levy to pay for the services we thought people deserved.

I have confidence that we are capable of carrying this argument.

I have confidence in the Australian people - who deserve a mature conversation about these issues.

This is an edited version of remarks made to the 2014 NSW ALP State Conference.