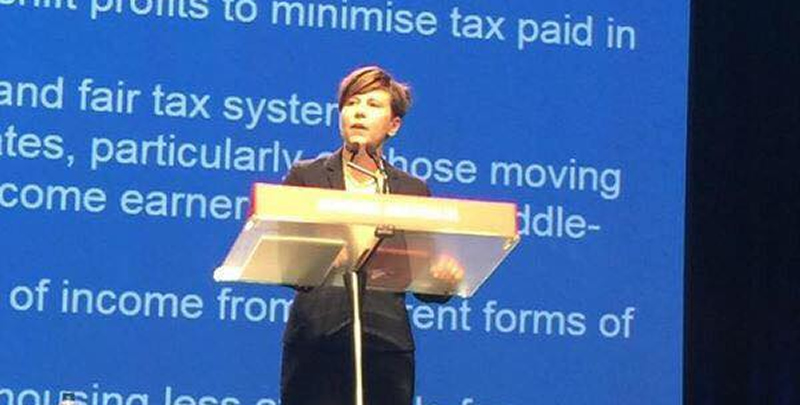 I spoke at Labor’s National Conference about tax and tax transparency: If people and companies want to use contrived structures to avoid tax, they should be prepared to publicly defend their decisions.

I rise to move amendment 193A, which seeks to insert an additional principle into the approach we'll take to tax reform - to ensure transparency of tax payable by large and multinational businesses to preserve confidence in the effectiveness and fairness of our tax system.

This amendment speaks to the fairness and integrity of our tax system.

It asserts that the public has a right to know whether large and multinational businesses are contributing their fair share of taxation.

And it reaffirms the commitment to transparency in tax arrangements that shaped Labor's actions in government and in this parliament.

I'm very pleased to propose this amendment alongside Shadow Assistant Treasurer Andrew Leigh who has played such an important leadership role in championing these issues.

As Australians, we have high expectations about the services we can receive from government.

We also understand that if want these services, we need to take responsibility for raising the revenue to pay for them.

We know that the Australian people are mature enough to understand this conversation.

But the precondition for any such conversation is a belief that everyone is contributing.

There is nothing more corrosive to this important conversation than the perception that things aren't fair.

Recently the Tax Justice Network reported that nearly one third of ASX listed companies had an average effective tax rate of less than 10 percent.

In addition to compliance issues, some of these individuals and companies are using tax structures that although legal, would not be considered fair by most Australians.

We can be proud of the role our last government played in tackling this.

New tax transparency legislation was a critical component of our response.

The legislation requires the tax office to publish tax information of companies with $100 million or more in total income. These laws come into effect this year.

It's no surprise that this is opposed by the Liberals. They are seeking to wind back these laws.

Well this is not an area where we should take a backwards step.

If people and companies want to use contrived structures to avoid tax, they should be prepared to defend their decisions.

I commend this amendment to the conference.