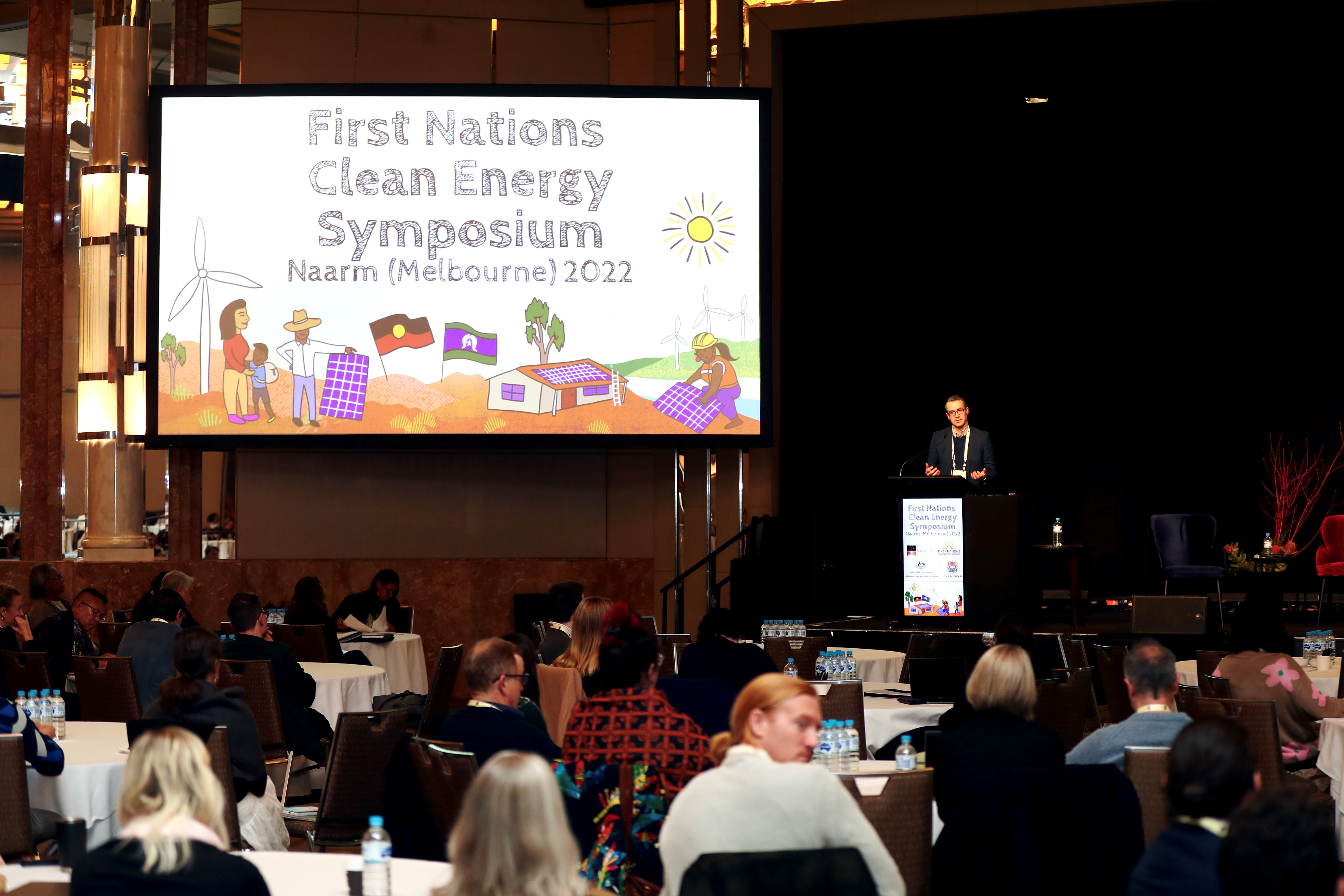 I’m speaking to you today from the land of the Wangal Clan of the Eora Nation. I acknowledge them as the traditional custodians of this land. I pay my respects to their elders – past, present and emerging. I extend my respects to all First Nations people present today.

I am pleased to be able to contribute today. I will confess I’m almost an accidental invitee. Karrina Nolan and I sat next to one another at another forum last week, and heard her speak about the role for First Nations people in the clean energy transition. It was immediately obvious that this is a compelling proposition. It makes sense in so many ways, and I told Karrina I’d like to be involved and to help. And so while I couldn’t make it work in Melbourne, I’m really grateful to have the chance to contribute remotely.

One of the first things I had the chance to do as a newly sworn minister was stand with the Prime Minister and Minister Bowen when they signed the letter to the UNFCCC updating Australia’s climate change target.

As the Prime Minister has said, it’s an important step towards ending the climate wars that have consumed the past decade.

We now need to, collectively, rebuild our capacity to have sensible public discussions about the decisions that lie before us. Today is one of those exercises in building that capability. Looking at the program for the symposium I know you’ve got the right people in the room for a good and meaningful discussion.

There are real challenges involved in moving Australia on from a decade of climate inaction towards a pathway to net zero. I am proud to be a part of a Labor government that is honest about the work and commitment we will need as a nation to get there.

But we also need to talk about the benefits that will come from this.

There is also nothing predetermined about how the dividends of our work will be distributed.

All Australians can – and should – share in the benefits and prosperity of Australia’s clean energy future, and be properly supported in the transition to it. This must include First Nations people.

I know that one of the questions you’re all applying yourself to through the symposium is the approach to negotiation. You’re clear about the need to secure your share in the economic benefits – including jobs and cheaper, more reliable power. You’re also clear about the importance of shaping agreement making so that First Nations people can protect Country and culture.

The starting point of course, is that our clean energy future depends on First Nations communities – in a very tangible way.

I was recently at the Sydney Energy Forum where I had the opportunity to talk to senior leaders from India, Japan, the US and elsewhere in our region.

So many of the businesspeople I spoke with were enthusiastic about investing in Australian clean energy projects and remarked on the specific physical characteristics that made Australia so attractive: vast open spaces and plentiful sunshine and wind.

Some will know this, some won’t, but many of the areas they talk about are native title lands.

This isn’t the first time that Australia as a nation has sought to realise the economic resources and assets on Aboriginal land. Our history in this regard could be so much better.

But we are only partway through our national journey towards a clean energy future. We have the chance to avoid some of the mistakes of the past.

One of Labor’s priorities coming into government is to implement the Uluru Statement from the Heart in full. We recognise the importance of Voice, Treaty, Truth.

We should hold these principles in mind when thinking about the shape of our energy transition.

The energy arrangements for remote communities are often expensive, unreliable, inadequate – or all three! Earlier this month I was able to visit the Torres Strait and heard from First Nations people how difficult their reliance on diesel was becoming. Installation of microgrids, batteries and small scale solar generation promises cheaper, more plentiful and more reliable energy.

Some of this work is already underway. The Commonwealth government has committed more than $50m to support microgrid pilot studies in regional and remote communities through ARENA. The energy deal between the Commonwealth and the Northern Territory government also promised to reduce reliance on diesel generators and improve the reliability and security of electricity supply with flow on benefits for health, education and jobs.

Northern Territory communities have been facing temperatures four degrees higher than the long-term average in recent years. The recent experience is 47 days on average each year above 35 degrees.

Extreme heat is exacerbating effects of energy poverty. In communities with high rates of chronic disease, a lack of air conditioning can make people’s health worse. And heat sensitive medications like insulin are difficult to store without reliable refrigeration. I know too that extreme heat and weather can interfere with cultural practice.

But we have a chance to avoid the worst of this.

I know that you have spent yesterday talking about ways to build a clean energy future for Australia that recognises the contribution that First Nations people can make.

The connections and plans made here, and the conversations that you continue when you leave will be essential in realising that ambition.

Congratulations to everyone on the work done so far, and good luck with the rest of the symposium.